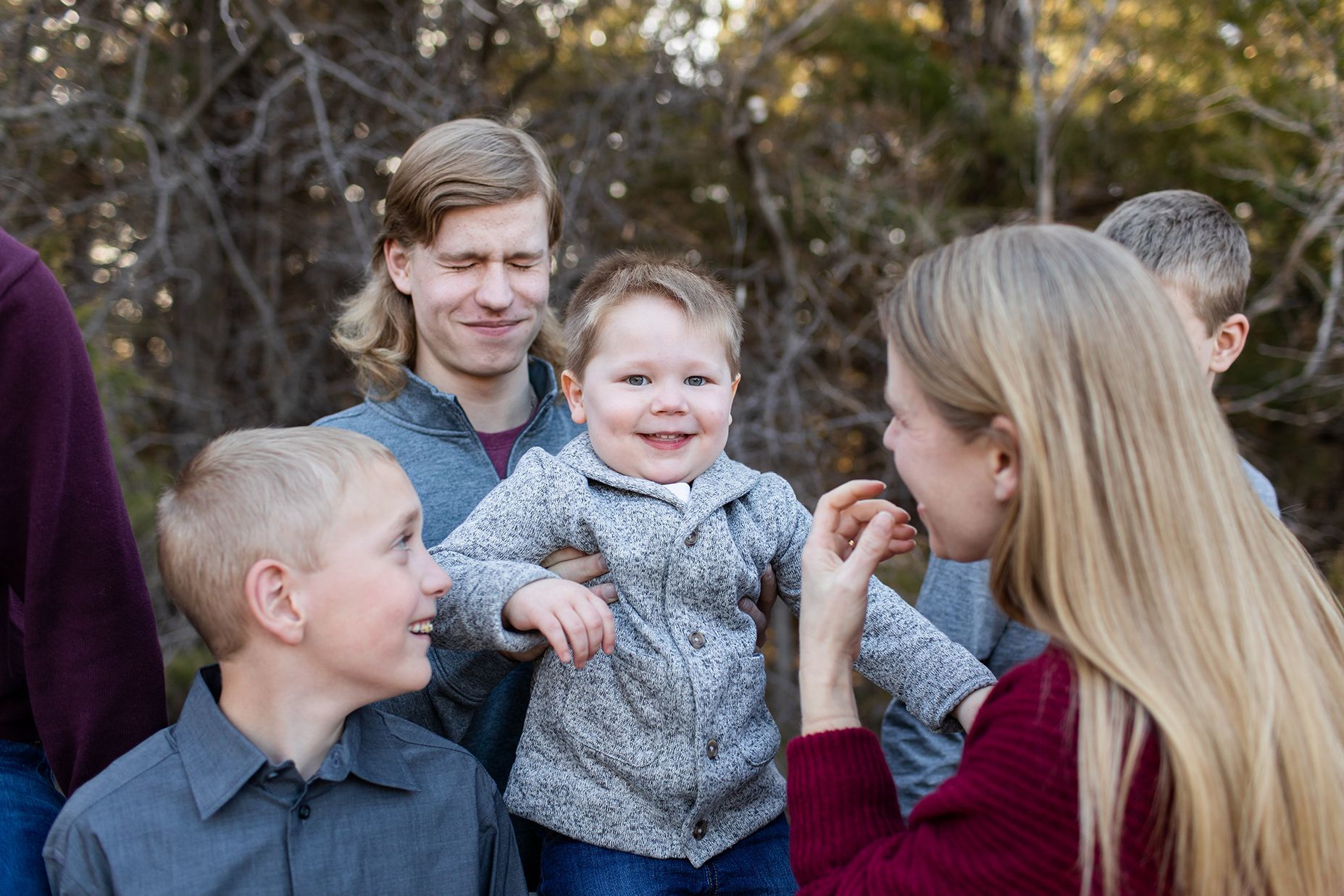 It all started with the question, “How are we called to serve?” Initially, the White family felt like they were being called to international adoption. But God began to shift that vision. Erica, a Christian Heritage staff member, had come to speak at their church in Central, Nebraska. They began to ask themselves a different question:

“Why would we need to invent a call in another place when there is a need right where we are?”

After talking to their children about possibly fostering later in life, their oldest daughter Corey said, “Why wait? Why would you wait until we are gone? We should be part of this.”

Since becoming foster parents, Raleigh and April, along with their children, have welcomed multiple foster children into their home and adopted two boys as permanent additions to the White family. According to Raleigh, the paperwork for the adoptions was merely a formality as they were already theirs the moment they came into their home.

Raleigh and April view foster care as a way to help their kids realize that you can do more.

“God uses families as a way to teach us what it means to bear with one another. It’s not a Hallmark card. You stick it out even when it is hard. In families, we learn that loving each other really means putting up with each other. To bear one another’s burdens. To model grace.”

In the day to day, that means that the Whites sometimes deal with behaviors that disrupt what the whole family is doing.

“Children who have been in foster care are going to have proclivities and tendencies towards taking risks. We aren’t going to be able to fix these things or change these kids into something that they aren’t. We can’t control any of our biological kids’ choices and behaviors either. Instead, it’s our job to parent them through those tough situations. To foster trust in a child who has not been able to trust the promises that people have made to them before.”

“There is this incredible need. And we’re not superheroes. We are just like every other family and parent out there. We still fail every day. There doesn’t need to be anything magic or special about you to do foster care. I’d love to be able to say we are changing the world or at least changing the world for these kids. But nah. They need fed. They need someone to love them and they need someone to change their diapers. They need that and we can be that.”

CARE FOR A CHILD

You can change the life of a child by providing temporary care in your home through Foster Care or our Families Together program.