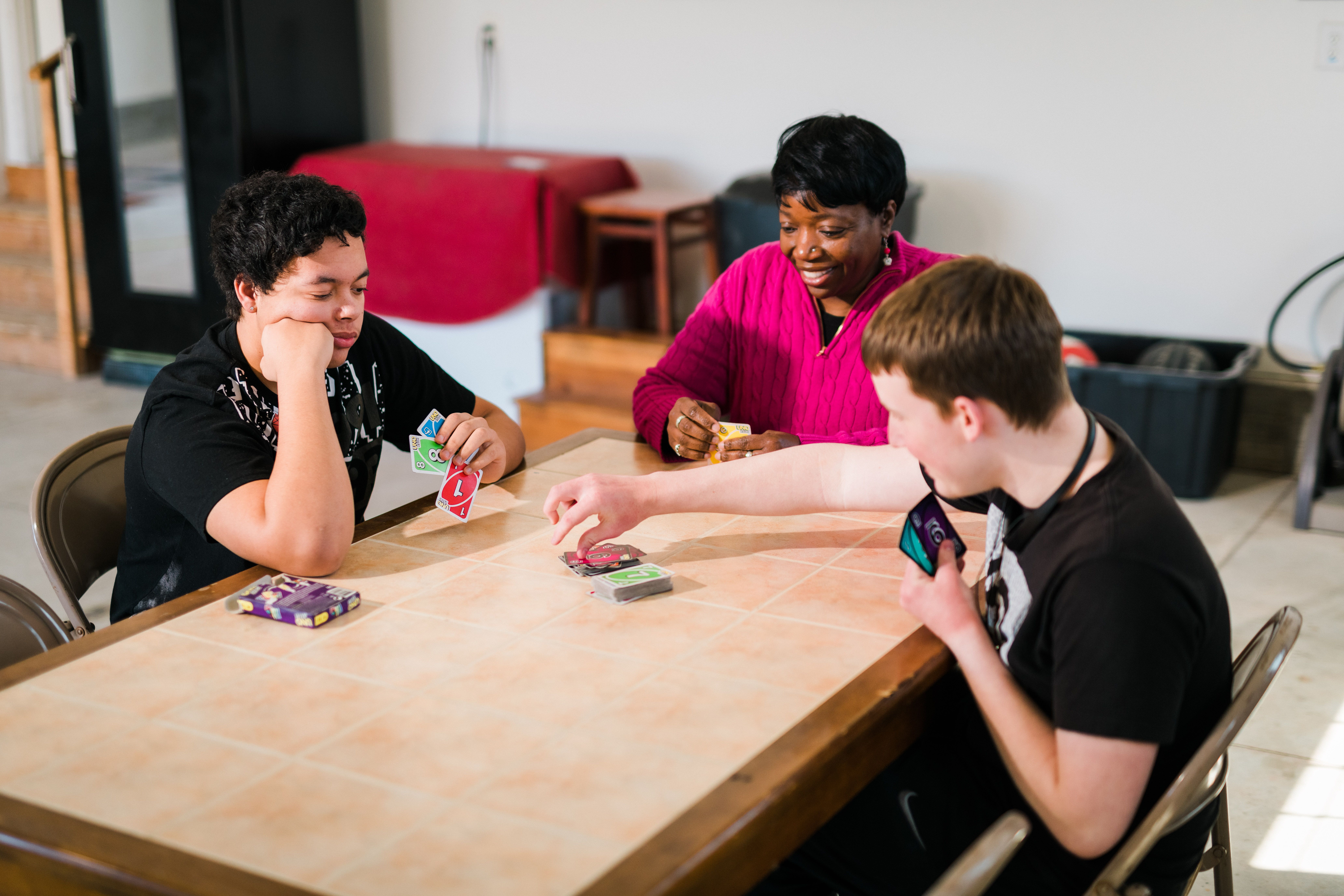 Miss Rachael believes she is doing exactly what she was created to do. As a former foster child, she knows the di erence one good home makes for a hurting child.

“People come into foster care for different reasons. Mine was neglect and abuse. I was in two foster homes where it was really about money. I was a dollar bill and the other foster children were the same. It was really unfortunate because I came from a messed up environment already and then to go into a home where they didn’t care. I felt I had no value. I just existed.

“Then, the last home I went to, they really cared. This one good home, made up for the bad. It was at that point I knew:

“It has always been my goal, when they come through that door, they know from day one ‘somebody loves me.’ That’s crucial. They’ve been abused and need to know that there’s a place for them. God still has purpose for their life, no matter what has happened to them.

For the most part, I will take any child if the Father brings them
to me. I pretty much take the ones who are hard to place. I don’t discriminate because I’ve learned that sometimes on paper things look one way. But when they come in your home and they feel that they’re loved, they’re taken care of, all of that is washed away. It's amazing what love does to a person. It changes you." 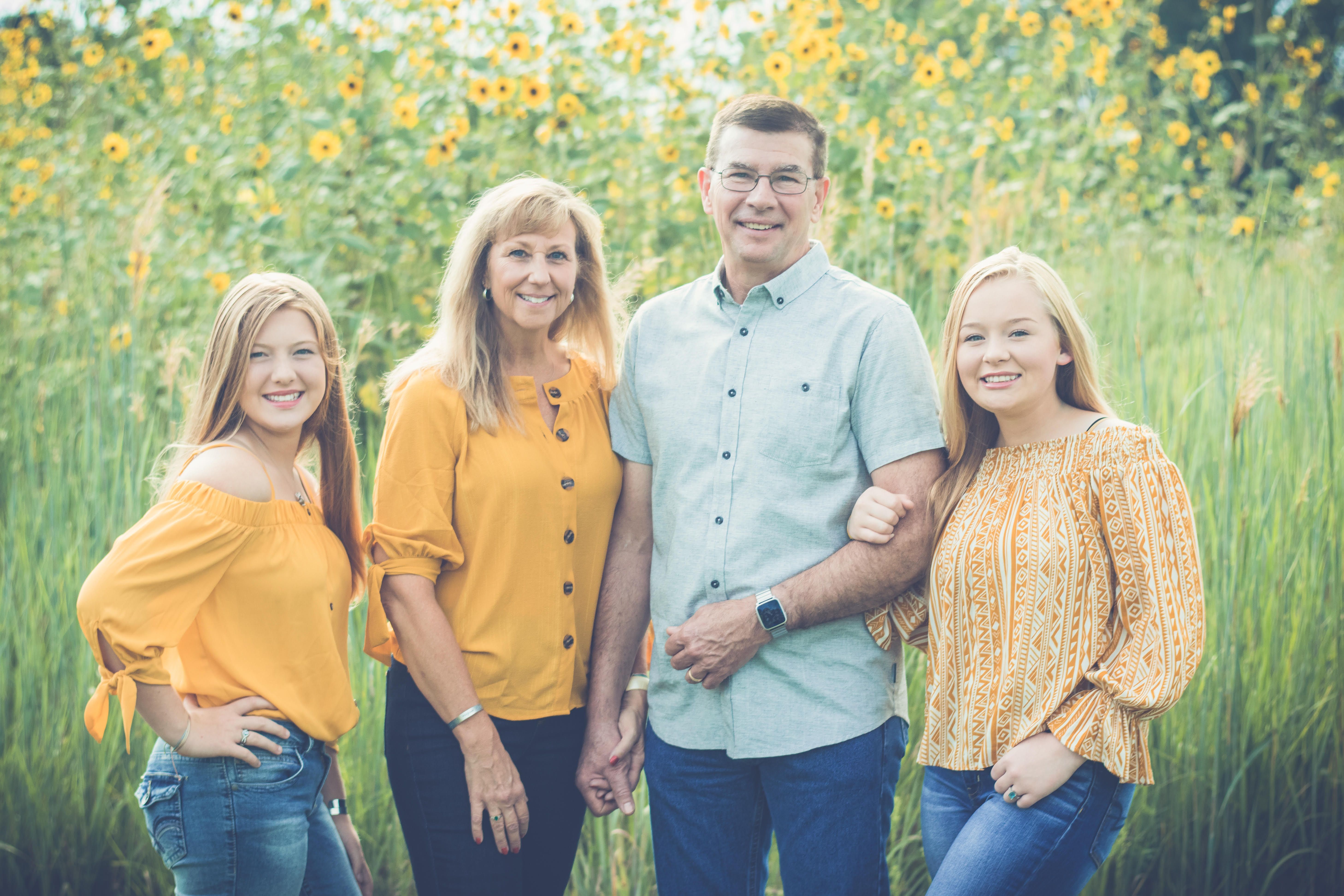 Two sisters with no place to go.  A Christ-like couple offering a safe home.  A church family providing encouragement and prayers.  And where all hope had nearly been lost, a loving God proclaiming the Good News of the Gospel.

YOU HAVE BEEN FOUND.

On a cold October night in 2017, Ken and Kerri Koehn received the call:  Christian Heritage would place two sisters, 14-year old Taylor and 12-year old Reagan, in their care over the weekend.  After the nervousness settled, Ken and Kerri experienced the joy of seeing each girl’s personality shine. When Monday came around, the decision was easy.  The Koehn’s said yes to giving the girls a new life.

Two years later, through an admittedly “wild and crazy but fun ride,” Ken and Kerri witnessed the blessing of fostering two teensーboth accepted Jesus as their Savior and were baptized in front of a cheering and tearful church family, comprised of many friends who had been part of their restoration story… youth group members and leaders, Christian Heritage staff, and countless others whose lives had been touched by four people’s willingness to enter into the unknown, trust Jesus along the way and believe all things are possible.

Earlier this month, Ken and Kerri officially became Taylor and Reagan’s guardians.  But in the girls’ eyes, these two people are so much more.

The feeling of being wanted

The fulfillment of longed-for security

Anytime talks and spiritual discipleship, today and into adulthood.

Taylor summed it up this way: “I have finally found my family.”  Sounds familiar, doesn’t it? It’s the Bible’s story of redemption lived out – here and now. 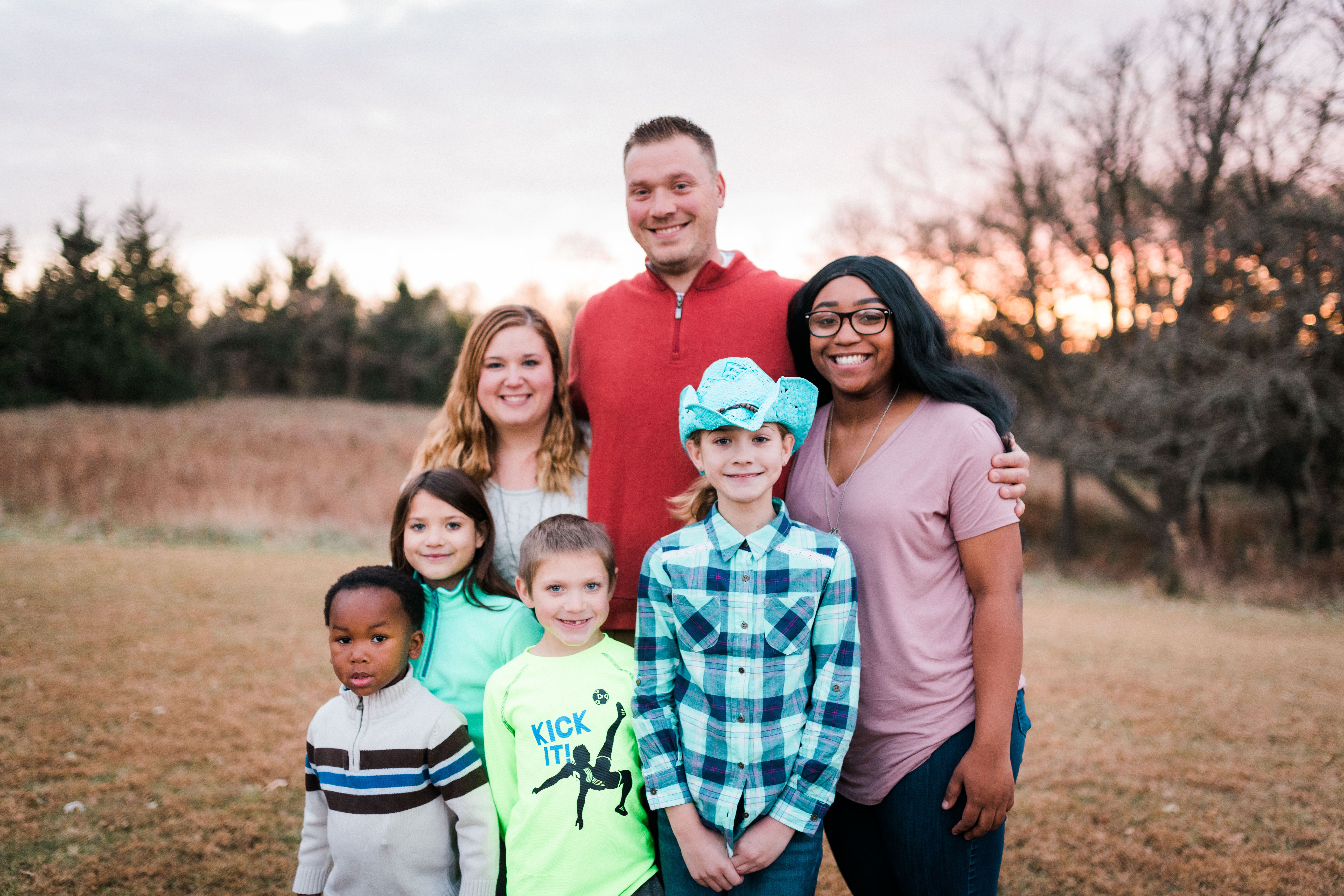 It’s hard to imagine what it would be like to be taken from the only family you’ve ever known. To leave behind your belongings. Your home. Then, move in with a complete stranger. You’re just a child. In that moment, the world must seem scary, dark, and hopeless.

For 15-year old Laini and 4-year-old AJ, this isn’t the end of the story. It’s the beginning of a new one.

Just over a year ago, the two siblings were adopted by Andrew and LaDeana Smedlund.

As a foster child beginning at age 5, she will tell you she has fought for each victory achieved. She bounced from foster home to foster home. They didn’t want older kids. They told her she wouldn’t graduate from high school. She wouldn’t be a good mother..she had experienced too much abuse and neglect.

The ways LaDeana loves is heartwarming. She listens and teaches her children from a place of deep understanding. She wants to provide a stable environment and safe place for her kids. Laini, AJ, Lex, Aly and Drew are well-adjusted, thoughtful and silly kids who love God and each other.